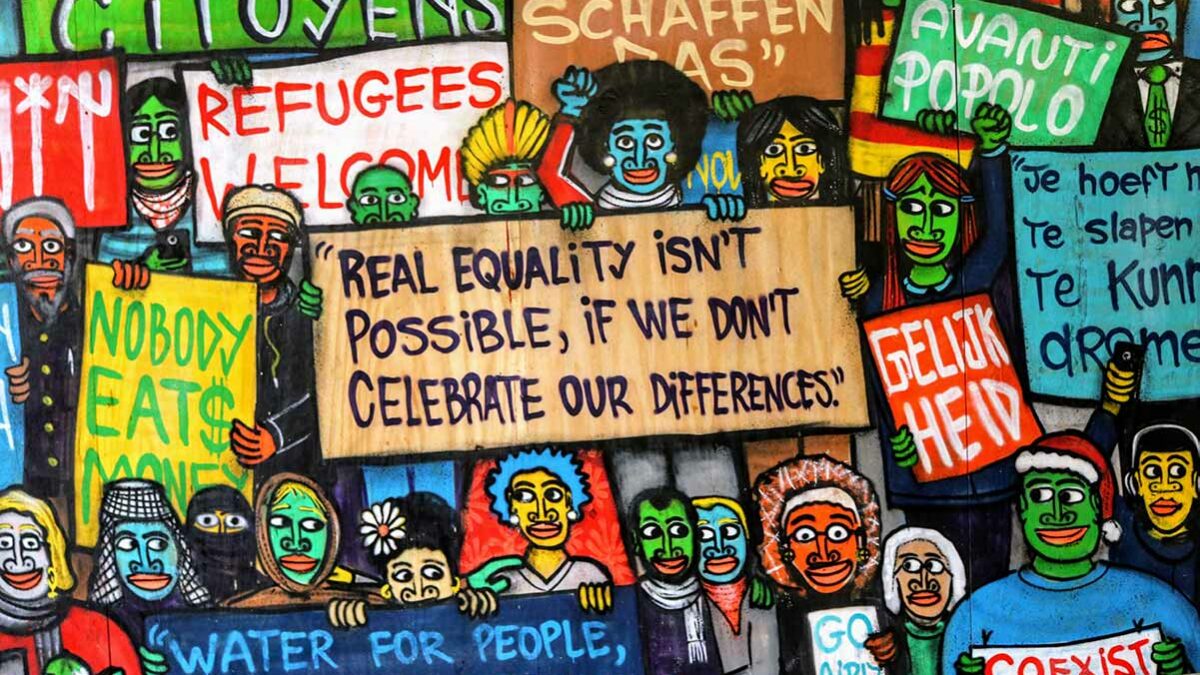 ISAIAH Joins Rep. Omar in Calling for Federal Compassion for 4k Immigrants Forced to be Undocumented

Over 4,000 people will be forced into an undocumented status at the end of the month. This is a result of hardhearted federal immigration policies that are ending the status of thousands of people who have lived in the United States for over two decades. There is a very high concentration of our Liberian population here is Minnesota who will be harmed by this.

On Wednesday, March 20, 2019, Rep. Ilhan Omar, people directly impacted by this federal mandate and immigration reform supporters joined a press call to support the DREAM and Promise Act, which would provide a pathway to citizenship for the many who haven’t had access but have built lives here.

ISAIAH’s own Ollin Montes spoke at this presser. His passionate words are below.

“Hello my name is Ollin Montes, and I am an organizer with ISAIAH. ISAIAH is a state-wide, multi racial, multi-faith organization of 200 churches and mosques who fight for racial and economic justice. We represent over 150 thousand people of faith.   Last year the Latino leaders I have the privilege of organizing with led a campaign to fight for an immigrant legal defense fund in the city of St. Paul and Ramsey County.

The fight we led together stemmed from the simple premise that undocumented people are deserving of dignity, safety and community, just like everyone else. That God, our Creator, did not make disposable people, or a hierarchy of human beings, where we can declare who is and isn’t deserving or worthy.

Bold compassionate leadership on immigration reform is overdue. One of our top leaders Clara put it best at our last statewide gathering of ISAIAH in explaining why she persisted in the fight. She explained that,

“I have the power to change my posture and to not be a spectator waiting for a miracle to happen to change the laws. We can’t wait for someone else to do it for us.”

Because of her courageous leadership and that of other leaders like her we won. Minnesota’s  two most populous counties joined 12 other jurisdictions nationally in providing legal defense to immigrant residents.

Leaders in our Statewide Sanctuary Network comprised of 60 churches have acted in solidarity participating with immigrant leaders on actions in city hall and they have engaged in legal accompaniment. Their interventions have stopped families from becoming separated by deportation.

Yet, we cannot patchwork our way county, by county, city by city to meet the scale of our current crisis. It is only when this country answers its Divine call to welcome the stranger as their own, will we begin to find peace in all of our communities and bridge our growing divide. This requires us to create robust, compassionate immigration reform in the United States.

Because how we talk about Immigrants has real implications. It is a matter of life and death as evidenced by the terrorist attacks on mosques in Christchurch New Zealand.

The wins we make in Minnesota do not change the reality that in a year’s time ICE detentions in this region have grown by 67%.

But Clara’s decision to lead makes clear what we need. We need public leaders to engage with the same kind of courage and political will that everyday people are taking upon themselves to try to meet the scale of this crisis.

This Dream and Promise Act begins to set us on a path to meaningful permanent protections for immigrants in this country.

It enables us to live into the professed American values of life, liberty and justice for all. It’s time that we take seriously for all means affirming the dignity of every human being, long time resident or newcomer, black, white, brown, or indigenous, rural or city.

Star Tribune Rep. Ilhan Omar and others call for protections for immigrants
By Maya Rao
March 20, 2019

Candidate Forums for a Welcoming and Just Hennepin County