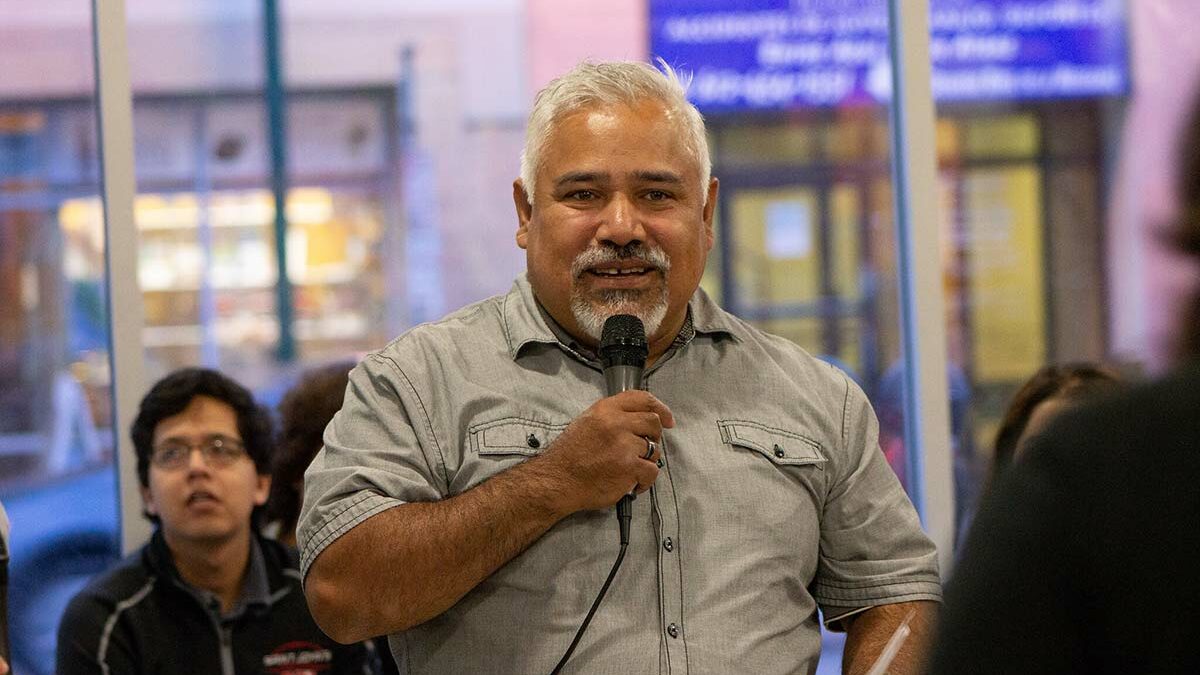 Carlos Urrutia, Minnesotan who was abruptly taken from a court hearing last Thursday by agents with U.S. Immigration and Customs Enforcement (ICE) with unnecessary force was scheduled to be deported later today. He has been successfully granted a delay of deportation. His immigration lawyer has confirmed that he will not be deported today or this week. ISAIAH will continue to give vital updates on their faith leader, Carlos, as they are able.

ThinkProgress published a story on Carlos where a video of the harrowing event can be viewed when ICE agents forcefully grabbed Carlos, initially refusing to identify themselves, produce an arrest warrant, or show a badge. All of this done in front of family member and fellow ISAIAH faith leaders who accompanied him to a court hearing for support. ISAIAH leaders and family members asked questions well within their rights, and the agents responded by physically grabbing, pushing and pulling leaders out of the way.

Carlos is a husband, father of three children, and faith leader at his Roman Catholic congregation where he advocates for love, justice and redemption for all. He has been a resident in the U.S. for 25 years and a Minnesotan for the majority of that time. He now faces potential deportation tomorrow, Wednesday Aug. 1st if his appeal is not successful. His family has established a fund for those willing to contribute to the mounting legal fees.

“Like any other person, Carlos deserves dignity and respect, and an opportunity to thrive,” said Catalina Morales, lead organizer with ISAIAH Minnesota. “Like many, his past hasn’t been perfect, but imperfection should never be a reason to mistreat or deny the humanity or sanctity of anyone. Nothing is fair or just about how we as a nation have chosen to treat our immigrant neighbors, or how Carlos has been treated.”

“The hard-hearted deportation machine — ICE — has long been an institution of callous, mean and plainly evil acts of violent separation of immigrant families who have been scapegoated and used as political footballs by every level of government,” added Morales. “This video is a depiction of one of the tens of thousands of immigrants who are stripped of decency and respect.”

Please circulate the article, and, if you are able, please consider contributing to the family fund as they fight to keep Carlos home with them: https://tinyurl.com/KeepCarlosHome.

Latinos Committed to Making St. Paul a Welcoming Community for All