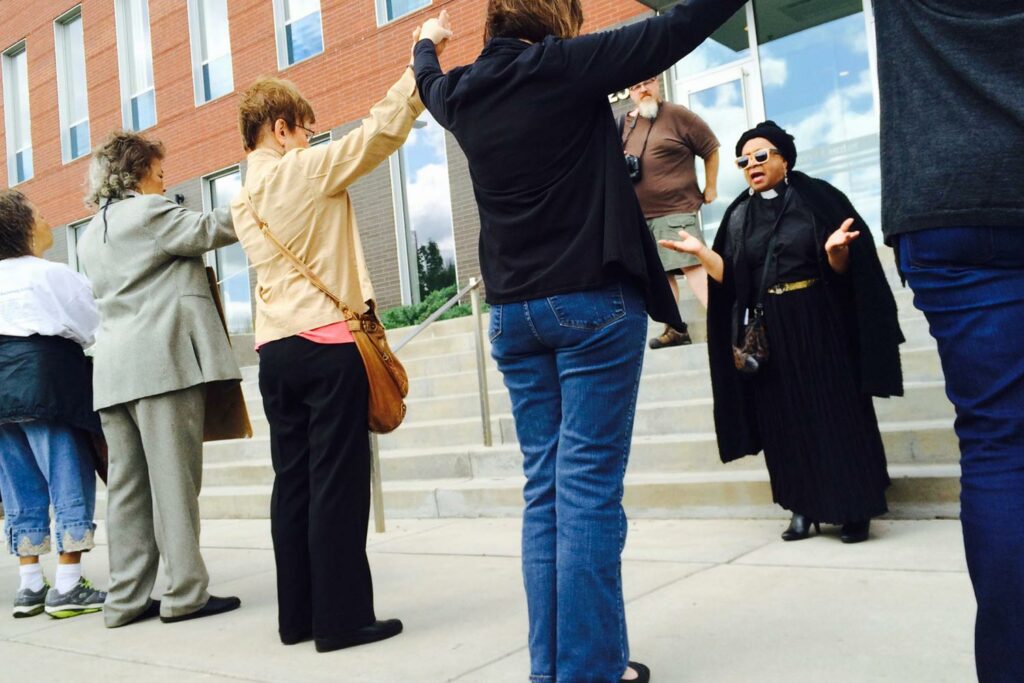 #ClaimingOurVoices is an initiative between ISAIAH and Faith in Minnesota where people of faith across the state are claiming their moral and faith voice in the political arena by building independent political power that is grounded in their prophetic values.

On this path, thousands of people of faith, dedicated to justice and public love, take on actions to directly impact public welfare through our Faith Agenda. These actions include lobbying, protest and petition during legislative sessions and flooding their precinct, district and statewide caucuses. They are leading a path to ensure that legislative and public officials are accountable to moral clarity and in a co-creative relationship with their constituents.

Hundreds of #ClaimingOurVoices House Meetings took place across the state in the fall of 2017. Through them, it became apparent that all Minnesotans – white, Black, Brown, women, men, Muslim, Christian, metro, rural, farmer, etc., have similar concerns and anxieties. They also share many core values. Those values have largely been violated and their anxieties exploited by tactics of division and fear by a few politicians and corporations with corrupt and greedy intentions.

In response to the concerns and issues that emerged from our House Meeting conversations, we took a new step in our formation of boldly proclaiming our faith and our vision for a just Minnesota. Hundreds of ISAIAH and Faith in Minnesota leaders came together to create our Faith Agenda. This Faith Agenda represents our shared values and our proposed policy priorities for our representatives of Minnesota.

ISAIAH’s Faith Agenda unifies the multifaceted nature of Minnesotans, geographically, denominationally, and racially. There are several planks of this agenda, but it is all ONE AGENDA. Just as people of God are called to act as one body, their concerns for justice cannot be separated from one another.

What has become abundantly clear is that when we uncover the lies we are told and work together to contribute our fair share, all Minnesotans benefit. We can create a state where all of us can thrive.