“Members of ISAIAH who are parents, school stakeholders and community members applaud the Minneapolis Public School’s commitment to expand the moratorium to all elementary school grades. We see the outcome of a successful implementation of the moratorium as being one major step in addressing the racial equity crisis and the school-to-prison pipeline permeating in our state’s public schools.

ISAIAH faith leaders have been in ongoing conversations with former Superintendent Bernadeia Johnson and, now, Interim Superintendent Michael Goar around the implementation of the moratorium to end all non-violent school suspensions. In a response from Goar, 2,000 students were suspended 3,090 times during the 2014-2015 school year – of that African American kids were suspended 2,100 times. ISAIAH will continue to call on the School Board and school officials to ensure the Minneapolis Public School system remains committed to keeping the moratorium in place.

The implementation of the moratorium must include adequate oversight, accountability and bold leadership from everyone responsible for the nurture and care of our loved ones. We expect the Minneapolis Behavior Policies are followed, and the Positive School-Wide Engagement Plan that supports alternatives to suspensions is fully supported and monitored. Too much is at stake for our children – especially the children of color who will suffer most – if Goar, principals and teachers do not secure the success of this moratorium through training to implement disciplinary practices that restore and teach rather than punish and exclude.

Negotiations between ISAIAH and Robbinsdale Area Schools has led to the reduction of suspensions by 72% district-wide (comparing 2013-2014 to 2014-2015). A racial breakdown has not been given. Today, ISAIAH has opened up beginning conversations with the new superintendent.

We know suspensions are a major contributor to the school-to-prison pipeline, which has manifested into a major racial equity crisis in our state. It is disrupting our families and our communities who are paying now for our state’s growing inmate population. Dismantling this major pipeline will give students of color hope beyond prison bars, courts and further unfair policing. 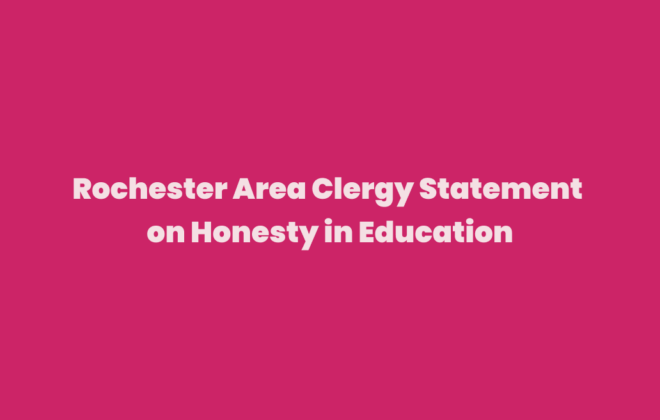