A new $1 billion light rail line is being constructed through several neighborhoods to connect the downtown of Minneapolis with the downtown of St. Paul. The study shows that new transit-oriented land use policies may not bring in industries that could employ the many residents with lower educational attainment, while potentially gentrifying neighborhoods and possibly leading to displacement. The report also discusses how such issues influence the health outcomes of the community.

During the next 20 years, the Central Corridor Light Rail Transit (CCLRT) line is estimated to spur as much as $6.78 billion in public and private investment in local development.

“We are not opposed to light rail coming through,” said Eve Swan of the Save Our Homes Coalition.”We welcome the light rail. We just want to make sure that we have benefits to this light rail as well.”

In St. Paul, the transit line passes through some of the region’s most diverse and lowest-income communities, including the nation’s second largest Hmong population, a large Somali refugee population, and Rondo, a historic African American community that was devastated after Interstate-94 was built straight through the neighborhood in the 1950s. The interstate split the community in two, demolished homes and businesses, and destroyed the community’s growth and economic prospects.

While many residents are looking forward to benefiting from the new transit line and the increased public and private investment, they are also concerned that they may ultimately be involuntarily displaced due to increased housing and business costs, and that large-scale community changes may lead to cultural and social disruption.

The Healthy Corridor for All Health Impact Assessment has been a community action research project – carefully studying the concerns of current low-income residents and residents of color.  A Community Steering Committee guided the project and identified the focus areas of the analysis: healthy economy, affordable housing, and access to transportation. The committee commented on draft analyses and prioritized recommendations. To share the findings of the research the Community Steering Committee met with planning commissioners and city council members, testified at city hearings, held two town hall meetings, and a prayer vigil outside of City Hall.

“Creating equitable transit-oriented development is critical AND possible in the Central Corridor. But it takes creative thinking and working closely with the community,” said Angela Glover Blackwell, Founder and CEO of PolicyLink. “This report provides policy recommendations to support equitable development. Low-income people and communities of color cannot be left behind as new opportunities enter their communities.”

“The Twin Cities has a choice to make.  There is an opportunity before us to re-imagine Minnesota’s growing diversity as a tremendous asset,” said Doran Schrantz, Executive Director of ISAIAH. “The key is to prepare for a prosperous economic future by investing deeply in equity.  Together, we can make the Central Corridor a shining example of equitable transit-oriented development.”

Some of the report’s findings:

The community-engaged research highlighted the importance of, 1) careful planning to ensure low-income people and people of color are not displaced, 2) thorough analyses of community concerns before decision-making, and 3) consideration of health impacts in transit-oriented development in the Central Corridor.

Community leaders and residents said smart affordable housing strategies — such as density bonus programs and targeted, market-sensitive inclusionary zoning policies — are critical to ensuring they can benefit from the new transit line. The St. Paul City Council is looking closely at these two proposals.

The study also identified that the rezoning proposal did not go far enough and was not creative enough to maximize a vision of a healthy, equitable Central Corridor. The zoning focused on enabling transit-oriented development (TOD) whereas in the Central Corridor it is particularly important to lay a foundation for equitable transit-oriented development in order to support existing communities.

“We can do this together,” said Chong Vang, a small business owner on University Ave. “We can build it better for our children.”

The health impact assessment on the zoning decisions around the light rail was funded by the Health Impact Project, a collaboration of the Robert Wood Johnson Foundation and The Pew Charitable Trusts, as well as the Blue Cross Blue Shield Center for Prevention. The opinions expressed are those of the authors and do not necessarily reflect the views of the Health Impact Project, Robert Wood Johnson Foundation,  The Pew Charitable Trusts, or Blue Cross Blue Shield Center for Prevention. 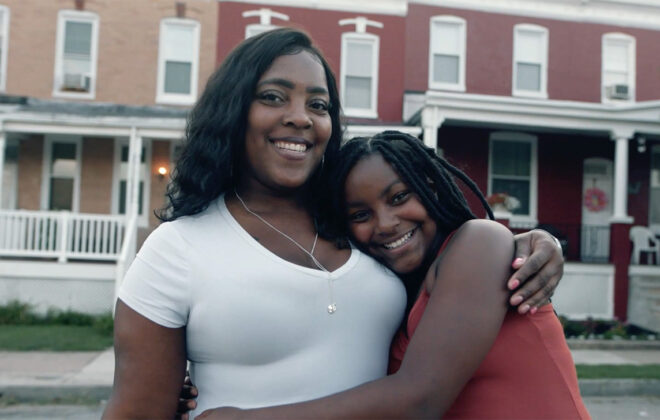