Don’t Let Anyone Steal Your Joy: Action & Service for the Joy of All

by ISAIAH Editor May 29, 2021
Community Safety, Faith, Newsletter, One Body 0

Another unarmed Black man is dead. Shot by police. 20 years old. A father. A brother. A son. His name? Daunte Wright. Another protest of violence, harmed by violence. The National Guard is back. And who knows how many more BIPOC have been abused, harassed, tortured, and murdered since George Floyd, let alone, way before George Floyd. And the public only knows about the deaths that have been caught on camera or made it to the news. The Black community, however, has been personally living this terror every day and has for a long time.

Society is worried about it’s safety if the police are defunded, the actual definition of which means, strategically, structurally and financially reformed. Does white society worry about the safety of their Black brothers and sisters? I know parents of Black and Brown children worry every, single day. This is real, and morally unacceptable. Why should this have to be their reality and their inheritance?

I remember a young African American man who was a cashier at the Walgreens in our neighborhood years ago. Every time I checked out my purchase at his register, he was convivial, vibrant and engaging. At the end of every transaction, instead of the typical robotic response “Have a nice day”, he would say “Don’t let anyone steal your joy”.

That Walgreens is gone now. Lost in the unrest following George Floyds murder. I have never forgotten his benedictive send off, his blessing, “Don’t let anyone steal your joy”. I wonder where he is now. Did he find another job? Is he okay? Is he still holding onto his joy? Is he still here in the city? Is he still living and breathing? I pray it is so.

Much like the Israelites in the first reading who are chastised by Peter for their ignorance in not recognizing the Author of Life in Jesus, I too was ignorant. Ignorant to this young man’s daily reality of being forced to navigate an existence in a society that viewed him in a suspicious light. Ignorant of the carefully mapped precautions he had to take everyday in order to arrive home safe. Unharmed. Alive. For him to sustain a simple human emotion like joy, required great effort and a concentrated focus on hope.

And now, I realize “Don’t let anyone steal your joy” wasn’t just this young man’s creative way of saying goodbye. It was his mantra. His prayer. And he chose to share this blessing with each stranger at the checkout on their departure.

In the gospel, the disciples felt great joy when they recognized Jesus in the flesh. At first, they couldn’t believe their eyes. Jesus assured them, yep, it’s me. They were still not sure. So, he says, “Why are you troubled and why are these doubts stirring in your hearts? Touch me and see for yourselves a ghost does not have flesh and bones as I have”. To convince them even further he asks for some thing to eat. But then again, he might have been really hungry. After all, rising from the dead and constantly convincing people “yes, it’s really me!” has to give you an appetite. Anyway, point being, they could finally believe their eyes. They had held out hope that what Jesus had told them would come to fruition and were rewarded by the gift of his physical presence.

Many of us couldn’t believe our eyes nearly 11 months ago when we watched on video a Black man being suffocated by a police officer who had him handcuffed, prone, casually resting his knee on his neck. George Floyd gasping “I can’t breathe” over and over, until he went deathly still. Bystanders yelling “He can’t breathe!” “Get off his neck!” “You’re choking him!” But this officer remained unmoved, emotionally and physically. Until the paramedics arrived. Then he visibly moved his knee off Mr. Floyd’s neck and onto his shoulder.

During the trial of officer Derek Chauvin the defense did it’s best to discredit what the world saw with their own eyes. While I’m grateful I live in a country that espouses due process, I’m also very aware the system has historically been biased against BIPOC. And I was angered by how traumatizing and demoralizing it was for Black and Brown people to not only be forced to relive this event through the trial, but how it added salt to the wound when the defense did it’s best to paint George Floyd as a criminal whose life didn’t really matter.

What was especially maddening was the defenses focus on George Floyds toxicology report and how that could be considered, then his heart condition, then the exact placement of Chauvin’s knee (according to the defense, not on the neck, but his upper back) then another introduced doubt, could it have been carbon monoxide poisoning from the running squad car, then it was the bystanders distracting Chauvin from paying attention to what he was doing…. on and on and on….. the defense doing it’s best to sow doubt. And all I could think was, what’s it going to take? What is it going to take to get the police and “Stand you Ground” people from being excused for killing Black people?

Here are just a few facts:

Unarmed Black people are 3 times as likely than white people to be killed by police.

Despite the use of police body cameras (which can be turned off at will) racial disparity in police shootings has not gone down in the last 5 years.

We are believers in God without seeing. We are believers in Jesus’ life, preaching and resurrection without seeing. But when we are presented with evidence through sight and sound of a man’s apparent dying moments, we are told not to believe what we see? And why has it taken so many of us, so long to believe what people of color have been saying forever? Willful ignorance? Rationalized helplessness? Or a self -comforting belief that they are over- reacting? These are easy, convenient and lazy truths to tell ourselves when we are personally unaffected. Not my problem. I have my own problems.

I feel there are 5 themes running through the readings and gospel today.

I now recognize and face the fact that I have been complicit in a system that has benefitted me and oppressed and traumautized people who don’t look like me therefore, admitting to my willful ignorance. I now, I recognize the truth therefore, needing to admit that my truth was false. I repent and ask forgiveness for this failing. And now, I must act upon this knowing. For inaction, after knowing the truth, is the real sin. Eli Wiesel, a renowned political activist, Nobel laureate, professor and holocaust survivor was once quoted as saying, “The opposite of love isn’t hate, It’s indifference.

But, we say we are tired, overwhelmed and bombarded from all sides by events beyond our control. Isn’t it enough to merely survive these days, financially, emotionally and spiritually? Add to that our own personal issues in our lives that require our energy and strength. It is all exhausting. We are exhausted. Now, imagine you are someone of color. I don’t know if we could imagine it. Their exhaustion is unimaginable.

So, we post BLM signs on our lawns, call out racism in personal conversation and in public, share information on social media, give money to organizations that benefit BIPOC, show up at protests, be a physical witness to transgressions we see and record it, and sign petitions. All positive moves forward toward accountability and change. And it is all good. But, what else can we do to make an actual impact on change and enact justice? There is an opportunity to do so. It is in the bulletin and I will make an announcement at the end of mass, about this effective action we can take.

We are followers of Christ. We are holy disciples. And the love of the Holy Spirit is strong within us. We own hope. It gives us courage and power. We can do this. And in the end, our actions will bring all God’s children great joy.

I’d like to leave you with a quote from an American, modern day prophet and who was a true courageous disciple of God. Dr. Martin Luther King Jr.

I slept and dreamt that life was joy.

I awoke and saw that life was service.

I acted and beheld, service is joy.

By the power of the Holy Spirit, we are called to service. To act. And in action become that catalyst of joy for all people. And remember, like my friend at the checkout always said, “Don’t let anyone steal your joy.” 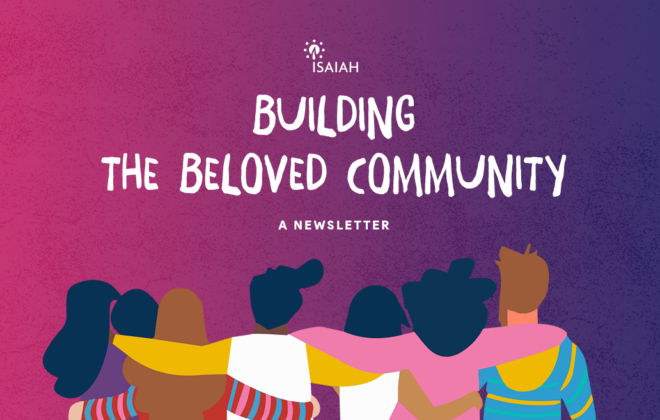 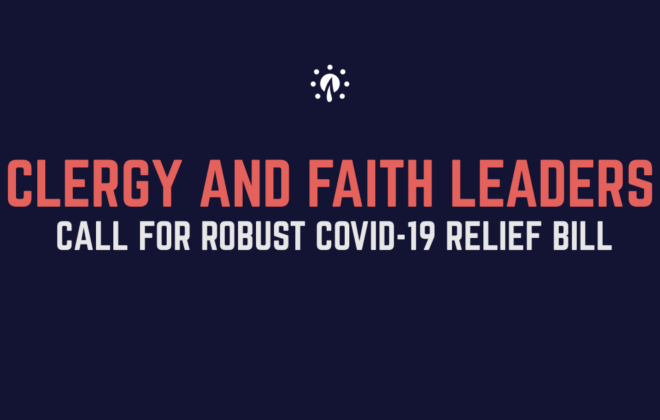 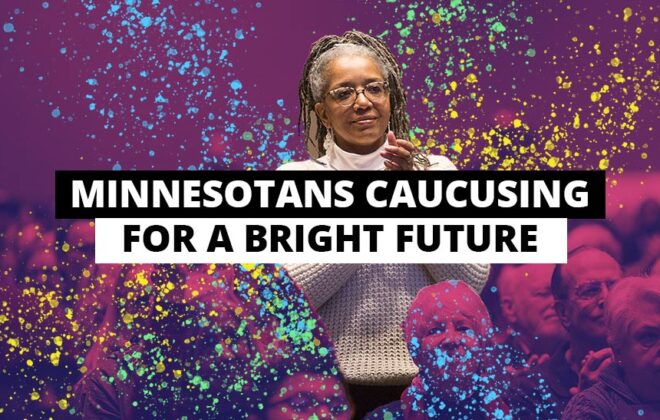 Minnesotans Caucusing for a Bright Future