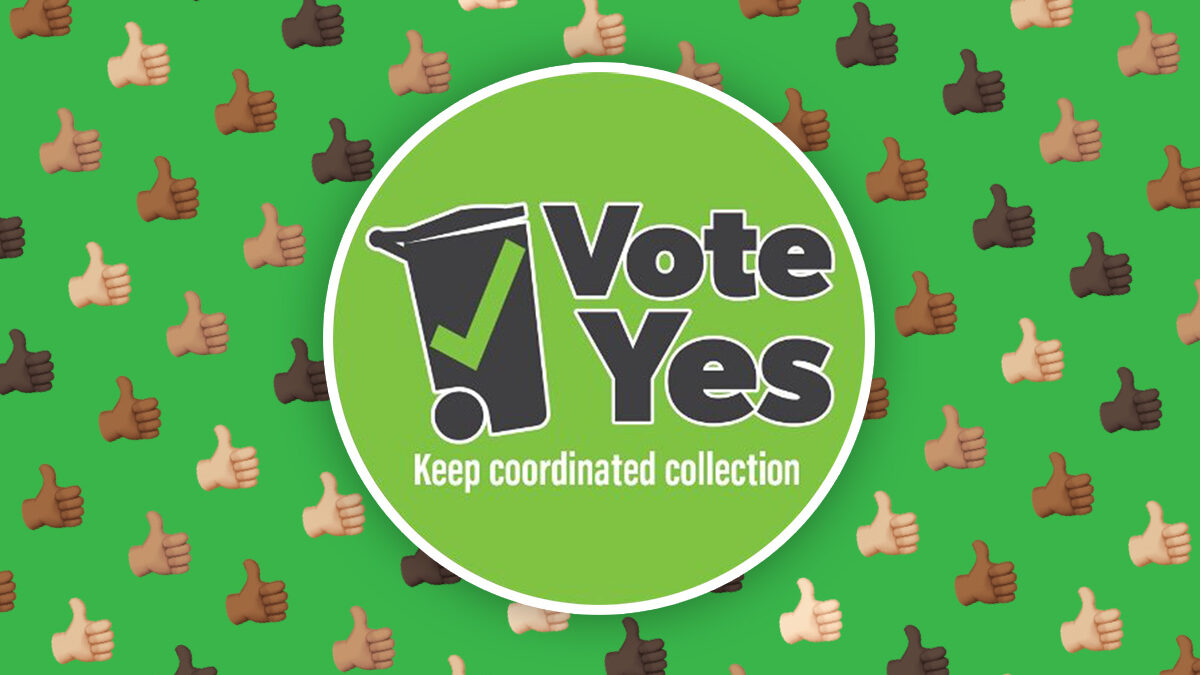 Bates, Anshur: Vote yes for the trash ordinance. Then, together, we’ll work to improve the contract

By Minister JaNaé Bates and Imam Ahmed Anshur in the St. Paul Pioneer Press newspaper on Oct. 17, 2019. Linked Below.

“How the hell does trash have anything to do with race?”

That was a question recently asked of us on a social media post stating that a “Yes” vote on coordinated trash collection was a step toward building racial equity in St. Paul.

As Black clergy of the Muslim and Christian traditions, who both live and worship in St. Paul, we experience how collective action through local and state government works to close racial disparities with our white, black, and brown neighbors.

As a city, we get to vote on an ordinance that’s asking if we want to work together. The current contract between the haulers and the city is not on the ballot. There are some concerns about the contract and its impact on residents. Amendments can and already have been made, with the opportunity for more.  A “yes” for the ordinance will give residents the collective voice to have leadership ensure the contract is the most equitable for all of St. Paul.

There are many good reasons to vote yes for St. Paul’s coordinated trash collection — like showing our city council and mayor that we can work together, and they must lead with St. Paul residents, not apart from us. A yes vote also gives us more possibilities to collectively win on other issues that most “yes” and “no” voters support, like tackling climate change, creating affordable housing, ending gun violence, and having quality schools for our kids. But, a key opportunity we shouldn’t miss is the chance to have real impact for racial equity.

Minnesota is among the most egregious of racially inequitable states and among the worst offenders when it comes to racial disparities in income, employment, housing, and education. The city of St. Paul echoes the state in these statistics. Half our population is people of color, and they are 120% more unemployed and actively looking for work than their white counterparts. Of those who are working, the per-capita income of white people is $42,874 while only $14,201 for people of color. For home ownership, 61.2% of white people are homeowners in St. Paul, while only 28.5% of people of color own homes.

So how does this relate to trash?

Well, many years ago, long before the city was as diverse as it is today, St. Paul had public, coordinated trash collection. It was managed by the city, with city employees, ensuring that public dollars were going toward the public good of keeping our streets and neighborhoods clean for everyone. The city slowly began to diversify in race and income. As this happened, a few lawmakers wanted to privatize St. Paul’s collective efforts and spent years making that happen, until we ended up with 50 different haulers contending for profits and leaving residents to make individual decisions based on the “market,” hoping to find a deal in the masses.

These profit-driven haulers were free to pick and choose neighborhoods to service and how much or little to charge. Unsurprisingly, neighborhoods that were lower income and more heavily populated with people of color — due to decades of redlining and ghettoizing practices — were often denied service by lower-cost haulers and unfairly overpriced by others. Left with few options, it became apparent that for people who are poor and/or of color, the “free” market is in fact, very expensive.

This U.S. historical phenomenon is sometimes referred to as a “Black tax.” Unlike actual taxes, which are collective resources where everyone pays their fair share for the common good, the Black tax is an axiom of how Black and Black-adjacent people systemically pay more than their share while also earning far less. There is plenty of data that shows how businesses and corporations charge higher prices in predominantly Black and poor neighborhoods for everything from gasoline to toilet paper. Garbage service is no exception.

The solution to this age-old problem is for all people, across race, to work together for collective solutions. These bold solutions solidify our shared destiny, making it possible for residents to contest for the power and control of a government that is rightly theirs through a multiracial democracy.

While the answer to our deep-rooted racial and economic inequities is found in collective action and shared taxes, the state of Minnesota and its localities have done the opposite. As the state’s racial diversity has grown over time, it also has chosen to divest from collective resources. This choice has only widened our gap.

Our racial inequity did not happen on accident or overnight. It took decades of individuals choosing to make isolated decisions. When so many of those are made without considering the impact on those who don’t look like them, we slowly create entire systems that benefit a few to the detriment of the many.

Because Minnesota’s disparities are so glaring, they are spoken about often. But to be frank, few people are prepared to do what’s necessary to solve the problem. It will require intentional, collective investment into all communities, regardless of the ZIP code or skin color.

The fact is this: Just like the signed contract for coordinated trash, our city is imperfect. Our elected leaders made imperfect decisions and must be held accountable for them. This ballot initiative is an opportunity for us as a city to loudly declare that we are together, across race, religion and ZIP codes, ready to care for one another and fight for one another so that we can all thrive.

Some “no” voters hope that voting for isolation on the ordinance will void the contract. The Minnesota Supreme Court this week indicated that a “no” vote won’t void the contract. Even so, a “no’ vote is a sure way to move backward from collective action.

In November, we pray that together we’ll keep the trash ordinance by voting yes on the ballot referendum. By voting yes, we are definitively saying that we are willing to work together to make this contract as equitable as possible for all of the residents. We’ve proven that we can get things done when we all pitch in. Just as we did to win the strongest Earned Sick and Safe Time ordinance in the country, we can fight on this issue so that all benefit, no exceptions.

When we do this collectively, every single one of us will have proverbial skin-in-the-game at City Hall – homeowners, renters, landlords and business owners. Families who work multiple jobs to make ends meet and retirees on a fixed income, whether black or white, from Highland Park or Phalen Park, Muslim or Christian. Residents will know that even if they can’t be at City Hall making sure our leadership is boldly moving with the people, their neighbors are there for them because we said Yes for St. Paul.

Minister JaNaé Bates and Imam Ahmed Anshur are St. Paul Christian and Muslim clergy respectively, with ISAIAH, a multi-faith, multi-racial, nonpartisan vehicle for communities of faith to act collectively and powerfully towards racial and economic equity in the state of Minnesota. ISAIAH is supporting a Yes vote on coordinated trash collection. 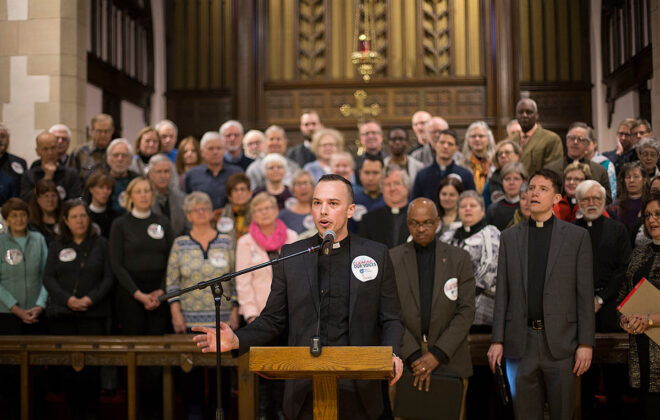