On February 17, Minnesotans for Paid Family Leave, a new statewide coalition of working families, faith communities, labor, and nonprofit organizations, kicked off a campaign to push for paid family leave for all working Minnesotans. Several Minnesotans affected by leave policies related their families’ experiences. They are among the thousands of Minnesotans who would be helped by a Paid Family Leave program that would provide all Minnesota employees with a percentage of their wages for up to 6 weeks while they are bonding with a new child, caring for an elder or seriously-ill family member, or dealing with pregnancy-related health concerns.

Doran Schrantz, the Executive Director of ISAIAH, talks to the press about the need for a paid family leave program.

“Families have the same responsibilities to each other now that they have always had. We care for new babies. We care for sick children. And we care for elders in their senior years,” said Doran Schrantz, Executive Director of ISAIAH, a member of the coalition. “However, the way families live and work has changed. More families are led by a single parent, many two-earner families rely on both incomes to make ends meet, most parents work, most children don’t have a full-time stay at home caregiver, and more families are providing elder care to aging Baby Boomers. Our workplace policies haven’t kept pace with our changing way of life, and that means many workers are forced to choose between caring for loved ones and bringing home a paycheck to meet basic needs. Nobody benefits when workers have to make that choice.”

“This is an issue that cuts through party lines,” added State Senator Katie Sieben. “Americans from across the political spectrum agree that policies like paid time off to care for our families is good for our nation.” A recent poll released by the Make it Work campaign of likely 2016 voters showed agreement from 94 percent of Democrats, 80 percent of Independents, and 65 percent of Republicans.

Peggy Flanagan, executive director of Children’s Defense Fund-Minnesota highlighted the positive effect paid leave has on children and families: “When parents can afford to take the time they need to bond with a new baby or care for a seriously ill child, we strengthen families and we all benefit.” Parental leave is shown to improve health outcomes for new mothers, facilitate involvement of new fathers in their children’s lives, and improve child health and development.

Young children are not the only beneficiaries of paid leave, however. Heidi Kult has found herself in a caregiver role multiple times over the past twenty years, most recently for her 88-year old mother. She has been able to piece together paid time off due to the generosity of a co-worker donation pool, but as her family’s sole breadwinner, she has feared for her job and believes “it’s unfortunate that we have to rely on the charity of our co-workers to take care of our loved ones when they are seriously ill.”

The United States is the only advanced economy without a national paid family leave program and a mere 13 percent of workers have access to paid family leave. Only 60 percent of workers qualify for unpaid leave under the Family and Medical Leave Act and those who do may be unable to take advantage of it because they can’t afford the loss of income.

Low-income workers are less likely to have access to either paid or unpaid leave. The Paid Family Leave program would address this disparity while benefiting all workers, regardless of gender, parental status, age, ability, or income level.

Research from other states with paid family leave programs has shown they benefit business by lowering turnover, boosting productivity, and enhancing morale. Paid leave programs can also help to make small businesses more competitive and appealing to a new generation of employees looking for basic benefits to support their families.

“Together, we can ensure that all Minnesota families are free to care for their families without being forced to sacrifice their economic security,” concluded Schrantz. 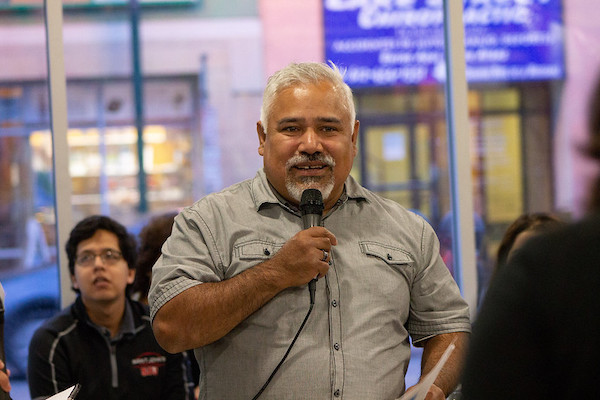 Carlos Urrutia is Home! And He needs Your Help…