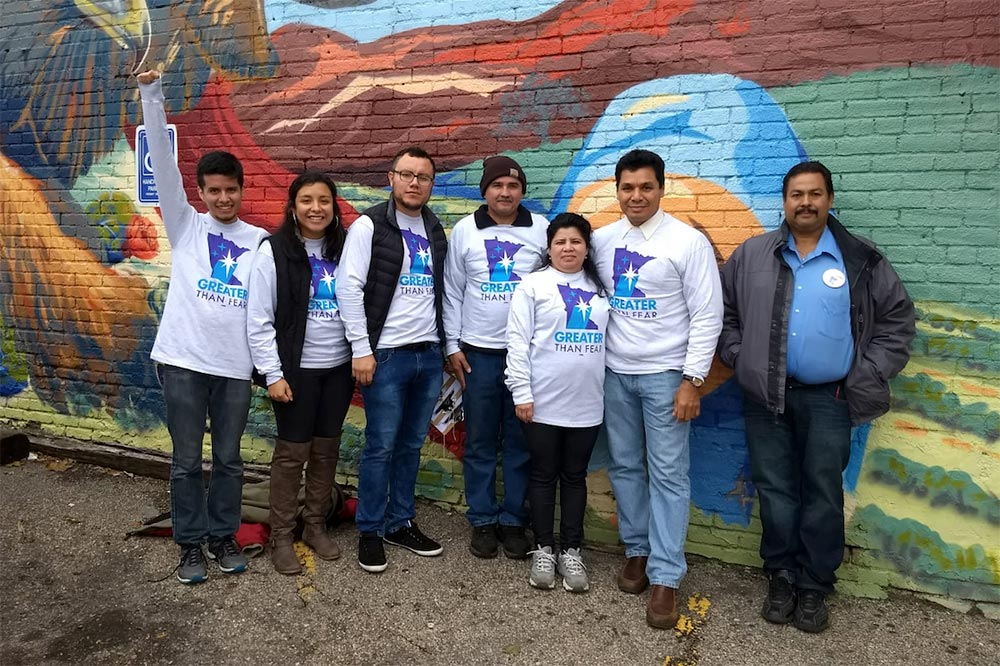 The Latinx Coalition of ISAIAH are leaders of Latino heritage whose deep faith and culture have launched them into intentional and strategic justice work across the state. The coalition is grounded in the interconnectedness of humanity. Thus, dignity, sacredness and liberation of every single human being is the priority. They reject all efforts to dehumanize and degrade any person or group.

Latinos are the fastest growing population in Minnesota. They have one of the highest percentage of working adults and yet they are among the lowest compensated group. The Minnesota caring crises of healthcare, childcare, eldercare and paid time to care for families has hurt all Minnesotans and hits this community particularly hard.

Likewise, Immigrants have been targeted by cynical politicians who have unleashed a wave of hatred and violence in order to further their own power resulting in attacks and separations of Latinx and immigrant families. By claiming their political power and moral voice, Latino Minnesotans stand with their Black and white neighbors to resist these ploys to divide us and foster violence while working with public officials who offer bold solutions for progressive change.