Statement Regarding Viral Islamophobic Attack on Faith and Democracy

A video of an ISAIAH Muslim faith leader, Iman Asad Zaman and a lead organizer, Laura Johnson, conducting a caucus training went viral with many heinous, verbal attacks on faith and democracy.

Statement Regarding Viral Islamophobic Attack on Faith and Democracy

ST. PAUL – Jan. 30, 2018 — We are honored to work with the Muslim faith community on our common values and our vision for Minnesota. We are partnering with Muslim people across Minnesota because we all share a commitment to dignity in democracy and an economy that cares for all of us. This work of encouraging civic participation has provoked some politicians and people to launch a divisive and hateful attack on Muslim people’s right and responsibility to engage fully and powerfully in our civic life. As people of faith, we repudiate and reject any attempt to bully or threaten people to keep people of faith silent. This is a danger to the well-being of people and it is toxic to our democracy.

ISAIAH is working to engage thousands of people of faith to participate in our democracy in Minnesota in 2018. As people of faith we are called to work together for a democracy that honors the dignity of all people and an economy that allows all Minnesota families to thrive. We have been involved in this work for years and faith leaders across the state, including Greater Minnesota cities like Wilmar and Saint Cloud, have been creating partnerships and neighborliness with Muslim communities.

From the beginning, we knew that some people would seek to divide us to distract us from creating the future all of us deserve. Last night, a video of an ISAIAH Muslim faith leader and a lead organizer conducting a caucus training went viral with many heinous, verbal attacks on faith and democracy. Indeed, that strategy of divide and conquer has begun.

Instead, we will celebrate, with joy and determination our path as people of faith towards a future where all Minnesotans are treated with dignity and respect.

We hope all Minnesotans of good faith will stand with us.

About ISAIAH
ISAIAH is a statewide, faith-based, nonpartisan organization for Christians, people of faith, and congregations to act and fight faithfully for racial and economic justice in Minnesota. 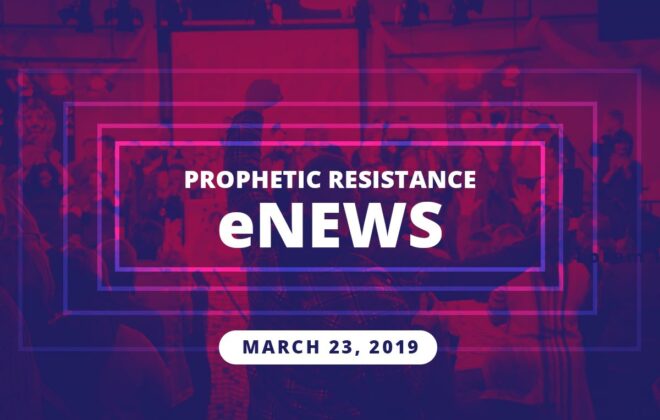 What kind of neighbor are you? – Prophetic Resistance E-News 3/23/19